It was August, and as hot as an iron skillet under the eaves.

At ten years old, Chance didn’t care.  In the attic she had found a refuge.

It was the one place she could hide from her cousin Jessica, four years her senior, and Jessica’s rag-tag entourage: younger cousins and hangers-on from town who did whatever Jessica said because she had long, shiny platinum-blonde hair (tinged green from chlorine; Jessica was captain of the Swim Team) and because she was whip-smart. She lived with her parents in a first-class double-wide complete with an outdoor Jacuzzi and cable TV, including the premium channels. If they played their cards right, Jessica’s minions knew, they might just get invited over for pizza-and-pop movie night.

Chance was invited to these social occasions only when Mammaw made a federal case about it, insisting she be included; but Chance didn’t care. She didn’t want to go anyway.

Probably Jessica didn’t even realize Mammaw’s little house had an attic. If she did, she would have wheedled the location of the secret entrance out of Uncle Remy.  “Where’s that Chance hiding?” She’d ask with a smile. “We have something special for her!”

And even though Chance was Remy’s favorite and he wouldn’t mean to tell, he still would.  Jessica was that good.

The oppressive heat drenched her in perspiration within moments, but Chance cherished the privacy, the thrill of having a secret lair. She passed lazy, stifling summer afternoons up there with a big jar of sweet tea, safe from Jessica and her gang, pawing through what Mammaw called the “treasures of a lifetime,” even though it was mostly junk: old albums full of curling photos and faded snapshots –she always searched for photos of her mother– mildew-scented baby clothes, boxes containing bowling trophies and military papers, and an old pink crib missing two spindles.

But then she spied the wooden crate.

It was shoved up under the eaves, way back behind cardboard boxes that once had held dog food or laundry detergent but were now crammed with school papers and yellowed doilies and handmade Christmas ornaments.

Paris. Excitement surged through her.

She tried prying the crate open with her bare hands, ignoring the pinch of splinters. No luck. Then she rummaged around until she unearthed a metal wreath holder in the box of Christmas supplies. Shoved it into a tiny gap under the top of the crate, and used all her weight to push. With a loud screech the rusty old nails gave way.

Inside was a mix of sawdust and newspapers and crumpled-up scrap paper.  She swept them aside and caught her breath at what was revealed: asleep right there in the box was the life-sized face of a lady. Her eyes were closed but she smiled, just barely, as though she knew a secret.

She probably used to be beautiful, Chance thought.

But the sculpture had been broken into half a dozen pieces, ugly jagged fissures running across her otherwise smooth, white forehead and round cheeks.

What a shame. She would have looked pretty hanging on the wall. Maybe over the TV, so they could look at her during commercials.  Right next to the free calendar from the bakery in town, Remy’s old army photo, and a blue, black, and green finger painting of a spider in its web Claire made in second grade and Mammaw had framed and hung with pride.

Chance stroked the mask’s fragments, feeling their curves and contours under her fingers. The pieces were heavy, made of thick plaster. On top they were slick with a satiny sheen, as though sealed with varnish. But when she ran the pads of her fingers along the edges of the broken bits, they felt gritty and raw, putting her in mind of the rough gray rocks that scraped at her bare feet when she climbed over them at the beach.

Chalky dust coated her hands when she pulled away. Chance rubbed the white powder between her thumb and fingers, wondering who the lady was, and how she came to be in her Mammaw’s attic, all the way from Paris.

Chance hesitated, then glanced over her shoulder to be sure she was alone. Of course she was; no one but her ever came up here. But still.

She squeezed her eyes shut, blew out a long breath to help her relax, then reached out both hands and laid them on the lady’s broken face, waiting to see if the figure would talk to her.

This was exactly the sort of thing that made Chance weird, a misfit, and invited the wrath of Jessica — No wonder your mommy killed herself, and tried to take you with her!

Chance knew that, but sometimes it worked. Sometimes when she was hiding from her father in the little triangle formed by the couch shoved up against the wall, she would hold one of her mother’s old handmade clay figurines —a little pig, an elephant, a harbor seal– close her eyes and hold her breath, and she could feel them move, come alive just for her. Right there in the palm of her hand.

And they would whisper to her: She would be all right. She wasn’t alone. She was a miracle.

So now Chance closed her eyes, laid her hands upon the face, and concentrated. Chance was patient; she waited a long time. But the lady refused to speak. Maybe it only worked when it was something her mother had made, Chance thought. Maybe this was her mother’s way of speaking to her from beyond the grave.

Quiet or no, Claire liked the face in the box.  The lady looked so kind, so gentle. And she sure did look like she had something to say, but that she would take her own sweet time to say it. Chance wondered…maybe she remained mute because she was broken. What if she brought up some of the glue from her craft box glue? She could piece her back together.

Chance turned her attention to the papers surrounding the sculpture.  One after the other, she smoothed them out against her thigh, sticky with sweat. She tried to make out the words, but although Mammaw insisted on speaking Cajun at home, Chance was still learning to read and write in French. But she sounded the words out as best she could. One paper seemed to be an old grocery list –she recognized a few words: haricots verts, poireaux, patates.  A handful of scraps appeared to be phone messages, receipts, rough sketches of faces and hands. A list of measurements.

And then she spied the letter.

It wasn’t much of a letter, as far as letters go.  It had been torn in two, but Chance rifled through the box and found the second part; the halves were easy enough to match.

The calligraphy set it apart from the other scraps.  The writing was slanted and dramatic, hard to read. The ink had faded to an earthy sepia tone, the paper yellowed, as though over the years the two hues had reached out to one another, trying to merge.

The heavy paper had been folded once and dated 26 Fevrier. No year. No context, no address on the letter. Written in French, it said:

My love, my dearest,

Olivier has agreed to help. We can wait no longer. We must act. I will be waiting. Take nothing with you.

In a different handwriting – less sure, with ink splotches, as though written by someone unaccustomed to holding a pen — were the words:

He will never let me go alive

Chance turned the paper over, then emptied the wooden create, searching for more.  But that was all there was. Her hands shook as she reread the letter, sounding out the words.  It was something special, she was sure.

Tell me again, Mammaw. Tell me about my mama, when the car went off the road. Why didn’t I die too?

The Lord’s got something special planned for you, Chance, you mark my words. You’re a miracle, sha, don’t you forget it. 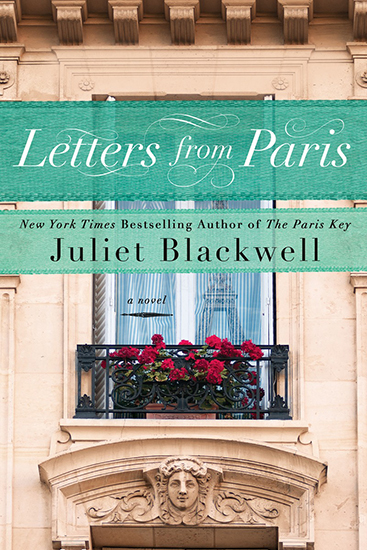