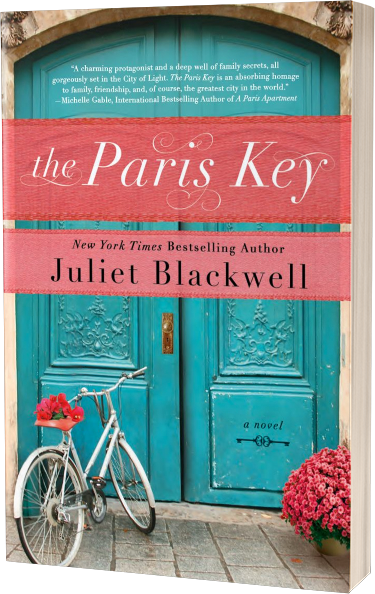 An American in Paris navigates her family’s secret past and unlocks her own future, in this emotionally evocative novel.

As a girl, Genevieve Martin spent the happiest summer of her life in Paris, learning the delicate art of locksmithing at her uncle’s side. But since then, living back in the States, she has become more private, more an observer of life rather than an active participant. She has held herself back from those around her, including her soon-to-be-ex-husband.

But Paris never really left Genevieve, and, as her marriage crumbles, she finds herself faced with an incredible opportunity: return to the magical city of her youth to take over her late uncle’s shop. But as she absorbs all that Parisian culture has to offer, she realizes the city also holds secrets about her family that could change her forever… and that locked doors can protect you or imprison you, depending on which side of them you stand.

“Blackwell’s novel has all of the components that the best novels are made of: an intriguing and compelling storyline, an extremely likable protagonist, a dreamy location and a small dash of suspense and mystery. It’s a witty and pleasurable read with a tale that spans generations and oozes charm.”
—Romantic Times Book Reviews

“The Paris Key is an absorbing homage to family, friendship, and, of course, the greatest city in the world.”
—International Bestselling Author Michelle Gable

“A gorgeously plotted novel woven with luminescent charm, The Paris Key gleams as brightly as the city herself.”
—International Bestselling Author Rachael Herron