The Vineyards of Champagne

Living in the caves is a kind of death. But no, that is not apt.

Death, the priest assures us, is a land of milk and honey, a wondrous promise of rewards for a life well-lived. Living underground is a slow torture of the spirit, a thousand cuts to the soul, countless jarring shocks to the natural order of things.

This war has turned the world upside down. Poisoned gasses waft on the gentlest summer breeze; warm blood seeps into the earth to nourish the roots of the ancient grapevines. Soldiers in trenches gnaw on hard tack as unyielding as stone while their feet turn doughy with rot. Women and children tend the grapevines under the cover of night, but remain shrouded in cool darkness during the brightest hours of day.

The dead lay unburied and unconsecrated above ground, while the living cower deep beneath the surface of the earth.

The world, upside down.

The clicking of my mother’s knitting needles is the metronome measuring the minutes, hours, months spent in the perpetually cool, dim caves. The sound reverberates off the chalk walls.

When there comes a pause in the shelling, the able-bodied dare to slip out into the above-ground world. To feel the sun on our faces, to breathe deeply of the air—however rank with smoke, it is better than the stale air within the caves—and to tend to the wounded. We comb through the charred ruins of our once-beautiful city for anything of use: an unbroken teacup, a child’s toy, ripped blankets or sweaters that can be unraveled for their wool.

My mother’s hands were once soft from a lifetime of ease. Now those same hands reclaim old misshapen sweaters with an avarice that astonishes me, unraveling the yarn, winding it into a hank, soaking it in water to relax the crimp of the stitches, sometimes even dying it: pale yellow with onionskins, or grayish-purple with discarded grape musts.

Before, my mother taught me how to sit with my knees together, how to move gracefully, and when to smile. Those skills have no place in the caves. But another lesson I have learned from my mother: Yarn remains fundamentally unchanged, no matter its pattern. It is still wool. It might be singed, abandoned, stripped from a corpse. It might be unraveled altogether, a twisted, knotted rat’s nest of fibers. But it can be cleansed and untangled and knitted back together again. It can take a new form. The shape may be different, but the wool is fundamentally the same.

The human spirit does not want to die; it is a resilient thing.

That first year of the war, without any hale young men, without the aid of decent horses or farm equipment, and with German bullets and shells raining down from the hills, we made up our minds to bring in the harvest. That first year, and the second, and the one after that. Every September, when the heat of summer begins to cede to the chill of autumn, when the cellar master declares the fruit has reached its pinnacle of sweetness, we venture out under cover of darkness to pick the grapes. We haul them belowground, capture their juices, and lay the bottles to rest in the cool dank caves.

We bring in the harvest, knowing that our beloved champagne will be drinkable only long after the war is over. A victory vintage to be savored in celebration of the end of war.

We bring in the harvest.

We make the wine. 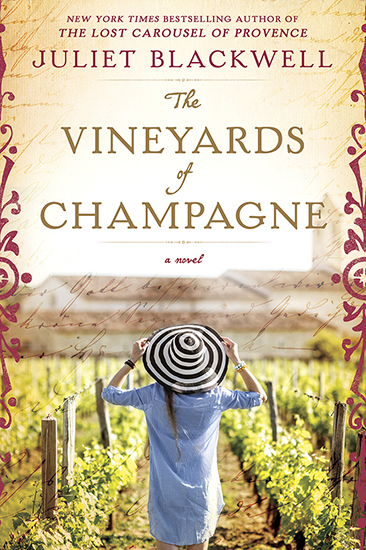