Off the Wild Coast of Brittany

Things were not going according to plan.

Natalie Morgen sat at a little metal cafe table on the stone terrace outside her guesthouse, watching the latest herd of tourists surge off the ferry.

An aroma of anise rose from her glass, melding with the smoke from her cigarette and the scent of the sea: a mélange of dead things and salt, of the abundant seaweed and muck that marred the shallows during low tide. Island sounds wafted over on the ocean breezes: the histrionic seagulls squabbling over a bucket of scraps Loïc had tossed out the back door of Pouce Café, the rhythmic lapping of the waves in the snug harbor, the murmurs of visitors enjoying lunch at outdoor tables, the occasional clacking of a pétanque ball hitting its mark.

Natalie imagined the newly arrived tourists mistook her for a native sipping her glass of pastis—though most of the actual natives preferred beer or hard cider—and enjoying a sunny day on the beautiful island.

And sitting here like this, Natalie could almost convince herself that life was good. That everything was going according to her carefully thought-out plan. Lounging on the terrace of her ancient guesthouse, its rusted iron gates still barred by a heavy steel chain because the Bag-Noz was not yet open to guests even though accommodations were well-nigh impossible to come by on the Ile de Feme during tourist season.

Bobox strutted by, clucking in contentment. The fluffy white hen had come with the house and had made herself a little nest in the shed. Ridiculously long snowy white feathers on the top of her head quivered and swayed with every confident step, reminding Natalie of stylish Parisian ladies in photographs of yore, parading along the Champs-Élysées in their feathered chapeaux.

Paris. What had Audrey Hepburn said? “Paris is always a good idea”? Maybe for Audrey—she was rich and beautiful. Absentmindedly scratching at a mosquito bite, Natalie realized she was clenching her jaw, willed herself to relax, took another sip of pastis, and turned her attention back to the ferry passengers.

Trying to get their bearings, the newcomers weren’t talking much as they staggered along the walkway that hugged the thick stone seawall. Some carried inflatables and beach toys; others clutched scraps of paper with instructions directing them to their rented guesthouses or to the Ar-Men, the only hotel on the island. It must have been a rough crossing: Most of the children and more than a few of the adults were decidedly green around the gills. A storm had thrashed the region yesterday, and though to the unpracticed eye the sea today appeared calm, Natalie had lived on the island long enough to have learned a few things from the locals, such as how to read the water.

Or at the very least, when to ask a local to read the water for her.

Even after a storm appeared to have passed, waves lingered and surged. The swells rippled out and down, the awesome energy of the sea needing time to settle, to balance, to find its footing once again, lulling sailors and landlubbers alike into a false sense of security, only to slam them with choppy seas if they dared venture too soon onto open waters.

Sounds like a metaphor for life. Natalie made a mental note to post this, or some poetic version of it, on her social media accounts. She should post some photos, as well. It had been a while. Too long. She had a lot of followers to keep happy.

Her readers loved the snapshots of Natalie’s life on an island off Brittany’s Côte Sauvage, or “wild coast,” where she was renovating an ancient guesthouse with the proceeds from her bestselling memoir. In fact, some of the new arrivals lurching off the ferry might well be women of a certain age who had read Natalie’s inspirational tome about finding love and self-fulfillment through the art of French cooking, and had decided to come to the Île de Feme in search of love and self-fulfillment, themselves.

But as Natalie had learned, in a most painful way, the Île de Feme was still an île—an island—which meant that if you didn’t bring it with you, you weren’t likely to find it here.

How could she explain that her Prince Charming—le prince charmant—the man she had fallen head over heels for, the reason she had come to Brittany in the first place, had turned out to be a lying, cheating, spendthrift schmuck who left her high and dry in the middle of their guesthouse renovation?

Even his name was annoying. François-Xavier. Being French, he insisted she say his entire name, every time: Fran-swah Ex-ah-vee-ay. A full six syllables. Six. She once made the mistake of addressing him simply as François and he accused her of calling him by another man’s name. A classic case of psychological transference, she thought with grim humor, knowing what she now knew.

François-Xavier claimed it was an American thing, to give people nicknames. He was forever blaming her quirks on Natalie being American, but in this case it might have been true. In college Natalie’s roommate had introduced herself as Anastasia—a mere four syllables—and everyone on their hall immediately shortened it to Ana. Natalie had fought her entire childhood against being called Nat because it sounded like the bug, which her sister Alex insisted she was: Nat-the-Gnat, small and annoying, bouncing around ineffectually, her head in the clouds, endlessly searching for some unspecified thing. Natalie had tried to retaliate by calling Alex “Al,” but in that irksome way of smug elder sisters, Alex had embraced the name, stomping around the family compound, singing at the top of her lungs, loudly and proudly, the old Paul Simon song “You Can Call Me Al.”

Which wasn’t fair. Nobody wrote songs about gnats.

Natalie never managed to outmaneuver her four older sisters, and Alex, the closest to her in age, had been by far the most difficult.

Anyway. François-Xavier. She supposed two names suited a man with two faces. Still . . . that gorgeous face flashed in her mind: the sloping, intensely blue eyes; the sensual, full lips; the hint of dark golden whiskers glistening along his strong jaw. The way he looked at her as if she were not merely desirable but that he had waited a lifetime to meet her, that he was ready to share his life with her, wanted to create a family with her right here on his native island, where they would play pétanque in the sunshine, drink apéro curled up in front of the fireplace hearth, and cook together, transforming classic ingredients into sumptuous dinners through the dedicated application of traditional French techniques. And then they would linger for hours over long, elaborate meals with friends and extended family and guesthouse visitors.

That was the plan.

At the moment her cupboard contained half a box of crackers, an open bag of dry-roasted peanuts, and a single fragrant cantaloupe well on its way to rotten. Natalie had forgotten to put an order into the mainland store that shipped to the island, so today’s ferry brought no bundle of supplies with her name on it. She supposed she could buy something from the island’s small but well-stocked “general store” that primarily served the tourists, but if she did, then the shop’s owner, Severine Menou, would know Natalie’s business, which meant soon everyone on the island would know Natalie’s business.

Better to do what she usually did these days: eat the ample menu du jour at Milo’s café, blaming it on her torn-up kitchen, and stick to peanuts and stale crackers—and plenty of pastis—the rest of the time.

François-Xavier would be appalled.

What was she going to do?

Keep your head down and the pretense up. At least until she figured out her next steps. She had told everyone that François-Xavier was on a business trip to Paris, scouting for kitchen help for the gourmet restaurant they were supposed to be opening in the large dining room of the Bag-Noz Guesthouse. No one was surprised; he traveled to Paris frequently, after all.

This time, though, François-Xavier had no intention of coming back. How long would it be until people started asking questions? Also, the construction workers hadn’t shown up this week and Natalie was afraid to ask why. It might be because today was the le quinze août, a national holiday. Or just because it was August, and a lot of French people took the entire month off for vacation.

Or maybe the workers hadn’t shown up because Natalie hadn’t paid her latest round of bills. When he left, François-Xavier siphoned off the majority of their shared bank account, leaving her to get by on a few hundred euros and maxed-out credit cards until she received a check from her publisher for the book under contract, a follow-up to Pourquoi Pas?

Natalie took another deep quaff of her pastis, let out a long sigh, and watched as Bobox scratched the ground in her incessant search for something appetizing in the sandy soil of the weed-strewn courtyard.

But things had not gone according to plan. 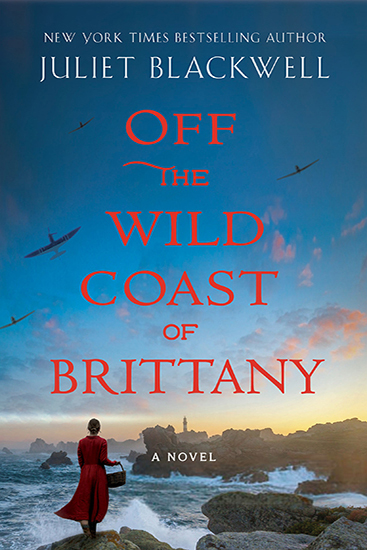