The Lost Carousel of Provence

It was as if no one had noticed.

Could they not see? Even her dear husband, Yves—peering incessantly at the world through the lens of his camera, recording the Chateau’s history for future generations—has failed to notice.

Only she and Maëlle know. The life-changing metamorphosis ignited by moments of clandestine passion, the result of the sorts of desires that decent women did not feel, did not pursue. The desperate, developing conundrum that would make itself known, one way or the other, within another few months.

Perhaps it is because they are the only two women, besides housemaids, on this vast estate. The usual ranks of gardeners and servants, grape pickers and kitchen staff, have been joined by Monsieur Bayol’s crew of men hammering, sawing, sanding, and painting the newly arrived carousel. The cats, dogs, pigs, and rabbits had been carved, painted, and gilded in Bayol’s studio in Angers, but it took nine men to transport the pieces by rail, then by steam traction engine from the station to the chateau, and then to assemble the machine on site.  It would take another two weeks, or a month, to complete the elaborately decorated salon that would house the carousel.

Josephine wished it would take longer. She would be happy if they stayed forever.

Only she and Maëlle know. They have placed confidence in one another; they will keep one another’s confidence.

They share a bond as women, and as fellow Bretons.

Josephine knows her neighbors think of her as secretive and scheming, because she was not born here. She comes from faraway Bretagne, and yet she stole the heart of their local favorite, the eligible Yves Paul Clement. Breton and Provence were meant to be part of France now, but deep-seated regional stereotypes and allegiances do not respect borders redrawn for political purposes.

She understands. After all, before Yves brought her to Chateau Clement as a young bride, Josephine had always believed the Provençal people to be lazy, unfriendly, and afflicted with a harsh accent.

She had found the accent and unfriendliness to be apt, but though her husband is accustomed to taking a sieste every afternoon, he is anything but lazy. Yves rises early to capture the light of dawn on his camera; he works late into the night in his darkroom. He is an educated gentleman: he reads in his library, he composes poetry, he draws. Unlike most in the region, he does not hunt. Instead, he observes and makes note of the birds that perch on the limbs of their plane trees and olive orchards: the short-toed lark and tawny pipit in spring; the red-crested pochard and mustached warbler in fall.

Yves’s keen eyes observe the birds, the leaves, the changing quality of the light throughout the day, throughout the seasons. Through the incessant clicking of his cameras, he records the world around him.

And yet, he does not see. 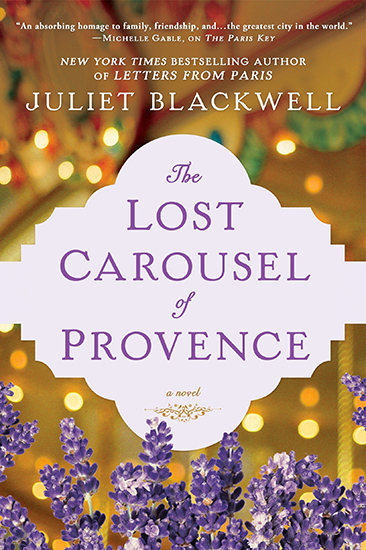